Does exercising on an empty stomach reduce fat more? 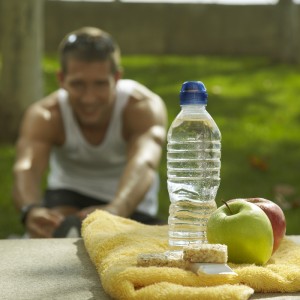 In order to be most effective in losing weight it is best to combine energy intake reduction with regular exercise. A regiment of both diet and exercise is more effective in the short term and in the long term; that is we are more likely to steadily lose weight now and keep it low in the future. While the above have become common place, research has delved into the relation of diet and exercise a bit more, posing new questions. For example when exercising should we eat before or after training? How does this decision affect weight loss and why?

A recent study explored whether aerobic exercise following an overnight fast leads to more body fat ‘burned’. Twenty female volunteers took part in the study divided equally in two groups. They were between 19 and 25 years of age and weighed between 55 and 69 kgr.  None of them were obese and they were all healthy. It is important to note that both groups followed a diet aimed at reducing energy intake. For exercise they performed one hour of aerobic training three times a week. One group consumed a meal replacement shake before training, while the other fasted before and drunk the shake after.

You may wonder what prompted this study. The underlying hypotheses is that if one defers from eating before exercising, his or her body will ‘burn’ more fat.  More analytically we know that our bodies use carbohydrates for energy; since one is fasting levels of insulin and glycogen are low leading in our organism using fat for its energy needs. Several past studies have more or less confirmed this premise, although we should note that when we consume more fat at one point in the day our body will offset that by burning more carbohydrates later the same day. What is new with this study is that it assesses body weight and fat mass variations with respect to aerobic exercise while energy intake is reduced.

The results were pretty much the same for both groups. The differences in weight and fat mass between a fasting and a non-fasting regime were insignificant. It seems that you can choose to eat before or after training and still manage to lose weight and lower your body fat.

In conclusion, we have to observe that this study focused on a very specific population, hence the results may not necessarily be true for all other populations too. Also, this group of participants was a very small one. In addition, it is almost impossible to control what the volunteers eat. One has to rely on them to report it accurately which is not always the case. A future study should try and overcome such limitations in order to get more concrete results.