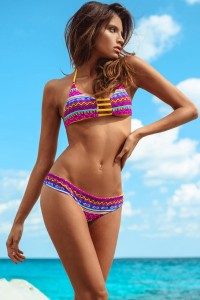 How is our weight affected by what we eat and drink? To study the effect food has on us isn’t straightforward; significant time and effort are required.  It is better though than personal observation, which might help lose weight when we want to, but could be proven dangerous for our health.

This period finds many in one of three phases: they are either beginning to prepare, or are underway with their preparation, or have just completed their preparation to be seen at the beach. This has both a physical and a psychological counterpart.

Moreover both the media and the social media, either via commercials or via articles, are flooded with weight loss alternatives. The latter mostly promise rapid results with minimal effort.

It is not uncommon to see pictures of people, who have supposedly benefited from a specific program, published, as a testament to that program’s effectiveness. A different source of information on weight loss programs comes from the people around us. A friend or a relative, who has tried to lose or lost weight, may recount his experience and indicate the cause of his success or of his failure.

In that second instance, a person is conveying his personal experience; and based on that he puts his confidence on a program or a service. Let us replace “personal experience” with “observation”. We all observe, and assume action which together lead us to acquire wisdom (or sense or know-how, understanding etc.) on how to improve and be more effective.

The pitfall of “personal experience” 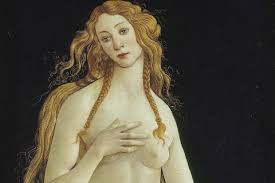 We all need food and we all eat, ergo everyone has a personal experience about how he or she feels about a specific dish, what its impact is on body weight, does it have an effect on sleep or not etc. In other words, we’ve observed dozens of times the way in which a food effects our body and health. On top of that, we make assumptions about nutrition, which we later test based on our organism’s reaction as well as the impression they live us with. For example, one may’ve observed that he weighs more in the morning after a late dinner. This may lead him to think that late dinners cause him to gain weight.

However, is this observation enough to lead to foolproof conclusions? The answer is no. But why? Because it’s not acquired scientifically.

In science one uses assumptions, read ideas obtained by observation, which are believed to explain how an exposure factor, like food, is associated with an outcome like health or athletic performance. Those assumptions though are merely the starting point. Only through scientific method observations become knowledge.

The study of nutrition: an inexhaustible subject.

Studies in nutrition science are called epidemiological. Epidemiology is both the study of the distribution and the causes of health problems on specific populations, as well as the use of the findings to better deal with the population’s health problems.

Nutritional epidemiology was based on the assumption that elements of human nutrition may affect health. Although it’s a relatively novel science, researchers have been using epidemiological methods since the 18th century. For instance, James Lind, a pioneering Scottish physician who studied the treatment of scurvy, while conducting one of his first clinical trials in 1753, found that sailors suffering from scurvy were cured by eating fresh fruits and vegetables. We later found out that scurvy is caused by a vitamin C deficiency, which is managed by consuming foods that have exactly this vitamin, like fruits and vegetables.

Conducting similar epidemiological studies made it possible to cure other diseases like beriberi, caused by a thiamine deficiency, pellagra, Keshan disease and others. All those maladies had something in common: they were caused by a deficit in nutrients, characteristic for those following diets low on specific nutrient’s intake, like sailors, which travelled for long periods, and for whom fruits and vegetables were hard to come by at the sea.

Deficiencies in nutrients like vitamins usually have small incubation periods. As an effect, a small stretch of low or zero intake is enough for symptoms to erupt, conversely they can be reversed within days or weeks after dietary balance is restored. In this way research moved on from observation to experimentation, in people and animals.

Nevertheless, contemporary nutritional epidemiology mainly deals with the interaction of nutrition and chronic diseases like cardiovascular ones, cancer, osteoporosis, diabetes etc. In contrast to vitamin deficiencies, chronic diseases have multifactor aetiology, which in addition to dietary quality may include increased body weight, the level of physical activity, heredity, smoking, stress, age, sex, environmental factor etc. All those are called risk factors and may affect health either in isolation or in combination.

Also in contrast to nutritional deficiencies, those diseases have long incubation periods (several years), and are caused by exposure to one or more risk factors. Exposure could be accumulating over a long time or be brief, sometimes years before a diagnosis. This time interval is usually undetermined. 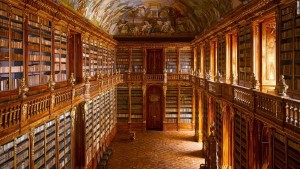 Let’s illustrate this with an example. Eating a lot of certain foods or smoking can lead to a heart attack. Both afflict coagulation of the blood, regardless if the underlying atherosclerosis (hardening of arteries and plaque development in the arteries) deteriorated gradually over decades. Furthermore those diseases cannot be reversed as quickly and easily as vitamin deficiencies.

Nutrition is by nature a complicated risk factor, consisting of dozens of sub-factors. Some of those are macronutrients (carbohydrates, proteins, fat), micronutrients (vitamins, minerals and trace minerals) and water. The study of the association between health and nutrition, which is the risk factor here, is demanding due to the complex nature of the latter.

The challenge is even greater, because a researcher has to record the nutritional habits of thousands (to alleviate the statistical error), for many years (long incubation period), predict every single risk factor specific to a disease or a participant(s) and isolate individual effects. This is a tiring task for the participants too, and might deter many from taking part.

Determining the magnitude of the effect is the next step. Everyone consumes carbohydrates, protein, vegetable fibers and iron, although in variable quantities. It follows that this is a more complex procedure to record. Clinical trials, for instance, where the effectiveness of an active ingredient, on an underlying illness, is tested against a placebo are much simpler.

There are no “magic” solutions

One comes across similar difficulties when studying weight gains or evaluating weight loss and maintenance methods. It would be wise to study both, meticulously and scientifically. It’s fair to say that personal observation won’t cut it, it might’ve been useful during the early stages of research (ex. vitamin deficiencies) but is not enough anymore.

A few extra pounds is a frequent phenomenon, and many strive to lose them. The typical scenario is to lose weight at the beginning, short-term, and gain it again long term. Apparently, weight maintenance is key. Based on evidence, one half of a successful strategy is universal, a balanced diet plus exercise. The other half is more elusive, how do we change our habits permanently, in order to maintain our weight permanently? What factors govern those habits?

By monitoring research it’s clear that there isn’t a single magic solution, a food or a compound, and most probably there won’t be one in the future. That is because aetiology is complicated and multifactorial. Studies, on weight-loss products or methods, with few participants or of limited duration don’t satisfy the necessary criteria and are “disqualified”, let alone personal testimonies.

Alternatively science has its limits too. We’ve seen examples of dietary advice, valid for decades, being modified when new, equally valid, data surfaced. Let’s look at one of those incidents. People with high cholesterol were advised against eating eggs. Still, eggs were later “acquitted”. Subsequent studies found that, one the link between cholesterol in food and cholesterol in the blood wasn’t strong, and two that other risk factors are more influential. That is not to say someone with high cholesterol may eat eggs illimitably.

The egg-cholesterol incident highlights the points made above. Firstly, a hypothesis was formulated: a food’s cholesterol concentration significantly defines a human’s blood cholesterol. Ergo high blood cholesterol means one shouldn’t eat eggs altogether. All the same, experiment led to a different conclusion. 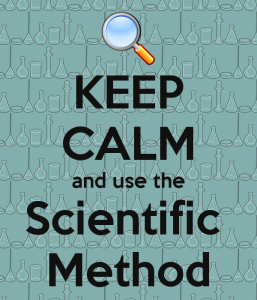 Hence it’s not wise to follow dietary trends based on personal experiences alone. We should check if they are founded on scientific data, and whether those data are enough to reach safe conclusions. Only then we should adopt them.

It’s reasonable to ask: “Ok, studies will determine effectiveness; but what will happen to me if I try something before it has been deemed effective? “In other words is it safe, even if not yet proven? To answer we have to follow the same procedure, it’s the sole way to know for sure. “This product is natural hence it is safe to consume” is an assertion that is used a lot. Yet toxicity in nature is about dosage, regardless if something was created in nature or in a lab. Again let’s give an example, a woman in Great Britain dyed when she drunk over four liters of water in less than two hours. Water is perfectly natural, dosage wasn’t.

What you can take away is that the scientific method provides more reasoned answers, while observation is good for forming hypotheses. By reducing our body weight to the recommended levels we protect our life and our health, thus we should do it the right way, employing evidence based methods.