abdominal obesity, dyslipidaemia, hypertension are some of the factors that connect them. Apart from highlighting this link, the term also indicates that each should be viewed in combination with the rest.

Before getting to demonstrate the effect that mediterranean diet (MedDiet) has on cardiodiabesity we should give a brief description of it. So MedDiet means eating a lot of plant foods, fruits, and olive oil as the main source of lipids, wine and dairy products in moderation, even more so for poultry fish and eggs, and lastly only small portions of red meat sporadically. MedDiet provides a lot of fiber and protein, complex carbohydrates, micronutrients, antioxidants, non-nutritive factors and is low in saturated fats. 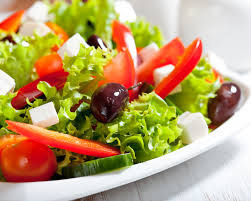 This article is based on a review of 37 studies. The data for those studies were collected between 2003 and 2013. Out of the 37, 3 were conducted in the USA, 2 in Canada, 3 in European but non-Mediterranean countries while the rest in European Mediterranean ones. Apart from six of them, 3 which only included women and 3 which only included children and adolescents, the rest included men and women. Most studies adjusted for age, sex, energy intake, smoking, physical activity, educational background, BMI among others. The assessment of MedDiet adherence was done with the use of a MedDiet score established in 2003.

How MedDiet affects each condition:

According to the review MedDiet was also negatively related to all-cause mortality as well.

In conclusion, 33 of the studies demonstrated sufficient evidence of the positive role that MedDiet can play in reducing risk for CVD, MetS, T2DM and obesity. Even more importantly the protective effect it had against CVD risk factors was greater in comparison to the respective effect that low-fat diet had. We also should not discount the fact that-especially between Mediterranean people it is thought of as very pleasant to taste, is easily available and affordable. All three translate in higher compliance, which was evident in the PREDIMED study (relative to the low-fat diet).