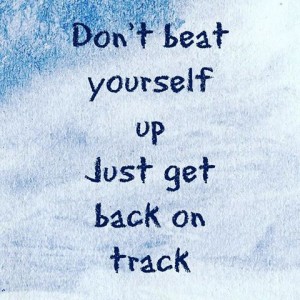 At the beginning of each New Year, following a holiday period of minor or major excesses, many seek way(s) to restitute and detox. They try their luck with diets dominated by juice consumption or specific foods, or even food supplements and medication.

Some may have tried all of the above. Best case scenario, they initially restrict quantity of food and fat specifically, eat more fruits and vegetables, are mindful of when to eat a meal. Others, also use a supplement “to help them hit the ground running”. At first all’s well. Motivation is red hot, and after one week the results are impressive. Week two goes by and things are still astonishing but less impressive than the first, and, as one moves on, they are more and more difficult to replicate. Motivation lowers and disappointment takes over. Your scale seems to be stuck and you start wondering if there is any point to keep the effort up, given that you’re in a standstill.

Usually this is where one renders his effort to “detox” as one more failure while his resistance to temptation, concerning food, recedes back to the point which prompted that attempt. A cycle is underway and a new maximum of eating excess will signal for a fresh start to shed weight. Those fresh starts are most often observed after the Christmas holiday, the Easter holiday and the summer holidays. One may push himself/herself by setting a deadline in the near future. “Can I lose X kg until Easter?”, “Can I lose the necessary weight before the summer?” 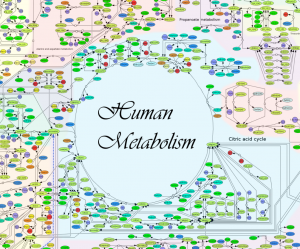 Our body has its own pace and mechanisms (metabolic pathways), which do not change (so long as we are healthy), relative to the time of the year, or because we are on a diet, or because we decided to stop that diet. In addition, are we certain that the weight loss of the first few weeks is a loss in fat and not one of water and glycogen? In other words is it possible, given that the impressive initial reduction of weight may not solely reflect fat loss, that what we see on the scale is augmented? Reliable answers to the questions above can only be ascertained using body composition measurements and only the right combination of diet and exercise will lead to optimum results.

Beyond metabolism, our habits and choices also shape our diet, our personality and the nutritional temptations we come across in our everyday life. When on a diet it is unfair to expect that we will faithfully realize every single instruction, on the other hand when we’re not on a diet we shouldn’t let our disappointment lead to bingeing.

To further the point above, let’s make the following admission: dietary habits demand time, organization and method to change. Adopting one of those strict detox regimes, which are scientifically baseless, doesn’t alter habits but rather it interrupts them for a short period. However, when our will starts to waver those habits come back stronger. Our plan is put in neutral, and sooner rather than later in reverse.

I think it’s worth conveying a dialogue I had during a session, when I had first opened my office. The discussion was between me and an elderly couple. It was the wife who wanted to lose weight and her husband was accompanying her:

Knowing the damage we cause to our bodies isn’t always enough, emotion dominates our decision making and motivation. We should keep an ear to the ground for our body’s needs, understand its function and support it, rather than torment it with strict diets.

An overall strategy for your health 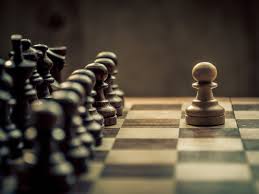 It’s time to realize that our body and health matter, not just in theory, and start treating them better. Choose an overall strategy, based on scientific knowledge, which will look beyond nutrients and calories, to a comprehensive dietary culture aiming at our health and well-being.

The effects of nutrition on health aren’t limited to what the scale shows. Specifically the risk of chronic diseases, like cardio-vascular ones, diabetes and cancer, is associated to what we ate throughout our lives. For a comprehensive approach it is important to discuss quantity and quality of food. Very often, when we seek the “appropriate” nutritional path, we reduce quantity of food while also improving quality, by eating say more fruit and vegetables.

What isn’t yet widely established is that quality largely affects quantity. As a professional dietitian, I’ve never met someone who binged on vegetables the way we binge on “forbidden” foods occasionally or even systematically. The same holds for other foods, like legume. On the other hand evidence shows that the weight of those who consume legume, vegetables and whole-grains more regularly, while occasionally consuming the rest of the foods that Mediterranean diet has to offer,  is usually closer to the recommended range.

Therefore, if we really are ready to take the “right” path, then we should take a shortcut by improving the quality of our diet! To that effect you may want to follow one of the steps below. Keep in mind that you have to be fair about what you should expect of your body, yourself and the intensity of your efforts.