Metabolism is the sum of chemical and physical changes that allow our body to function properly and develop. Metabolism may slow down but this is rare and it is usually not the cause of an increase in our body weight. Metabolism determines the aggregate sum of our needs in energy and consists of:

A. Basic metabolism (BM), that is the necessary energy for basic functions like breathing. It accounts for 45-75% of our total needs and varies according to the following:

C. Exercise. Exercise significantly affects metabolism, which rises as physical activity increases and the opposite. It comprises of 20-40% of our needs in energy and is expressed as a multiple of BM. 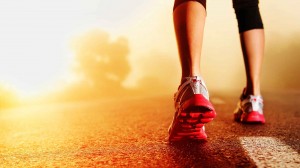 Conclusively, it appears that metabolism varies for each person and is affected by more than one factor, many of which are not subject to our will. Although there are instances where metabolism slows down this is rare.

Changes in weight are due to an imbalance between food intake and exercise, in terms of total energy needs, which are determined by the above. The main reasons of weight increase is overconsumption of food, lack of exercise and certain medicines.

What you can do about this: