We’ll talk about diet and aging. This is occasioned by the study Samieri et al. (2013) which was conducted in the US. Its focus was to examine if what we eat in midlife affects the quality of our health late in life. In recent decades we’ve seen rises in the quality of life, especially in the west, which resulted in an increase of the population of people aged 65 or more. Now more than ever we are interested to find out how the members of this age group can keep a high quality of life. That is, life without chronic diseases and/or physical and/or mental disabilities. 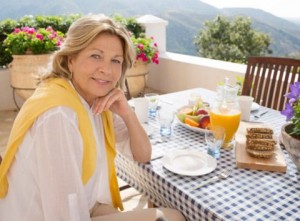 Up until recently the effort was to reduce mortality, and that endeavour has been more or less successful. Naturally now we have to turn our attention on how those extra years may be spent in good health. Our way of living before reaching a certain age is considered to influence the development of diseases and conditions late in life. One of the factors of influence is diet. So the question becomes does our diet contribute to healthy aging? Not a lot of research exists on this matter which affects a substantial part of the population; hence there is a direct social benefit from carrying out such studies.

The data were taken from the Nurses’ Health Study which began in 1976 in eleven US states. The participants were female nurses between the ages of 30 and 55. The information was collected mainly through questionnaires. Out of that group of women 10,670 constituted the study group of Samieri et al (2013). They were in their late 50’s and early 60’s because it is during that period that the “foundations” are set for chronic conditions. Later assessment took place to determine whether their aging was “healthy” or not.

Food intake described in Food Frequency Questionnaires (FFQ) was converted into nutrients. Also, scores for the Alternate-Healthy Eating Index-2010 and Alternate Mediterranean Diet were calculated. Participants were categorized in “healthy” or “usual” aging groups.  In order for a woman to be considered a healthy ager she had to satisfy four criteria:

The sample was large, participation was high throughout the whole period of the study and health in older ages was evaluated comprehensively. 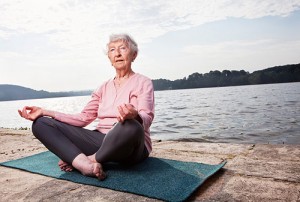 Of the 10,670 only 1,171 were classified as healthy agers. The group of usual agers had more obese women, more smokers, and more women who didn’t exercise as much and more incidences of hypertension. Healthy agers ate more fruit, vegetables and whole grain foods.  In addition, its members scored higher in the aforementioned indices about healthy eating and alternate Mediterranean diet. Such higher scores were linked with a reduced risk for mental health problems and physical disability.

By eating healthy during our midlife we have around 40% more chance of healthy aging. A diet high in vegetables, fruits, whole grains and fish but low in red meat may prove very important for our well being later in life. Although Samieri et al (2013) looks at healthy aging through multiple angles, we should note that the results are consistent with those found in studies examining diet in relation to individual diseases or conditions. Therefore the link between diet and healthy aging is strong.

Analytical cookies are used to understand how visitors interact with the website. These cookies help provide information on metrics the number of visitors, bounce rate, traffic source, etc.

Performance cookies are used to understand and analyze the key performance indexes of the website which helps in delivering a better user experience for the visitors.

Advertisement cookies are used to provide visitors with relevant ads and marketing campaigns. These cookies track visitors across websites and collect information to provide customized ads.