As early as when we are in our mother’s womb, the conditions we are subjected to influence the risk we have of developing type II diabetes later in life. However that risk is also influenced by our lifestyle later on. What is the effect that early life development and lifestyle have on the occurrence of type II diabetes? And do the two interact to influence it?

A study was carried out to answer those two questions. In total 149,794 people participated. When the study started none of them was suffering from cardiovascular diseases, cancer or diabetes. All of them provided data on birth weight, diet, physical activity, smoking, alcohol consumption and body weight. The weight at birth served as a simulator for early life development. Diabetes measurements were self-reported and confirmed later using a questionnaire. Lifestyle was assessed using five factors/indicators which were: diet, smoking, physical activity, alcohol consumption and the Body Mass Index. Each person was assigned one value between 0 and 1 for each of the factors. 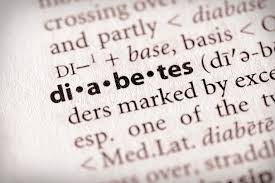 as concluded that the risk of type II diabetes was definitively positively related to both low birth weight and unhealthy lifestyle factors. There was also an additive effect in excess of the two separate effects that early life development and way of living had. This may suggest that some cases of type II diabetes may be avoided if we manage our weight, exercise, smoke and drink in moderation. The total effect on diabetes risk can be broken down as follows: low birth weight accounted for 22% of the increase in risk, lifestyle factors for 59% and their additive interaction for 18%. The increase in risk was stronger in women than in men. The combined effect to risk was more noticeable in younger rather than older participants. The results indicate a connection between high birth weight and the incidence of type II diabetes in women. Also, high adulthood BMI seems to be the link between high birth weight and type II diabetes.

Concluding it should be noted that although low birth weight does increase the risk of type II diabetes it was unclear whether we can alleviate this by the way be choose to live later on. Nevertheless, there seems to be an interaction between early life growth and adulthood lifestyle in influencing the occurrence of type II diabetes.