People seeking help in order to shed pounds nowadays, are usually advised to follow a “comprehensive” approach. One that combines dietary adjustments, exercise and behavioural techniques aimed at helping them alter their ways towards

food consumption. One such technique is self-monitoring. It is based on the premise that raising self-awareness will lead to behavioural changes favourable to losing weight initially, and eventually maintaining it at the new lower level. The realisation of where I am now and where I wish to be, will hopefully give me motive.

Self-monitoring of what one eats and how much he or she exercises does facilitate weight loss and maintenance (older article). But is the same true for self-weighing? Conventional wisdom had it that frequent weighing will have adverse effects; like for instance a negative view of one’s body image. In contrast recent studies suggest that this may not be true. Regular body weighing may indeed be a valuable tool for weight management.

The information presented in this article is based on a review that studies the link between self-weigh-ing and weight management and the effects that self-weighing has on psychology. In all, 17 studies were

included in the review. The subjects of those studies were obese and overweight adults that had sought help in order to manage their weight. It should be noted that the vast majority of them were white middle-aged females therefore certain groups of the population are underrepresented if at all.

In five of the studies reviewed it was shown that daily weighing was more effective in helping people lose and maintain weight. In two of them weekly weighing had the best results, whereas in the study by Vanwormer et al. (2012) daily and weekly did better than monthly weighing and in the study by Lally et al. weekly and monthly yielded the same results. Overall the 17 studies showed that recording one’s weight led in either:

Clearly self-weighing appears to have a positive influence.

Moving on to the second part of the review there was no evidence that regularly recording our body weight has negative consequences psychologically. Rather, the more the measurements the more satisfied people 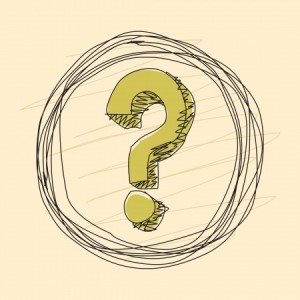 were about their physical appearance and the better they kept at their dietary program. Furthermore their ability to resist temptation to eat was more powerful, depressive symptoms subsided and so did the tendency to dwell on weight and body image issues.  In conclusion, the participants thought that self-monitoring their weight was easy and helpful.

A couple of questions that should be addressed in the future are will people stick to a self-monitoring routine in the long run? And is daily weighing the best strategy?